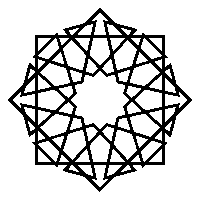 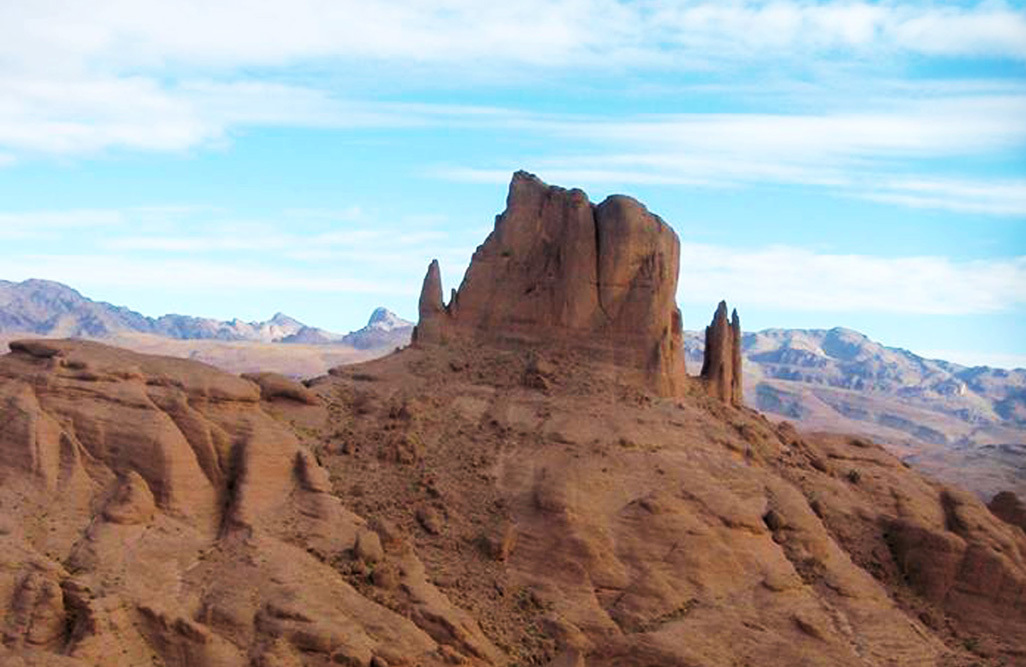 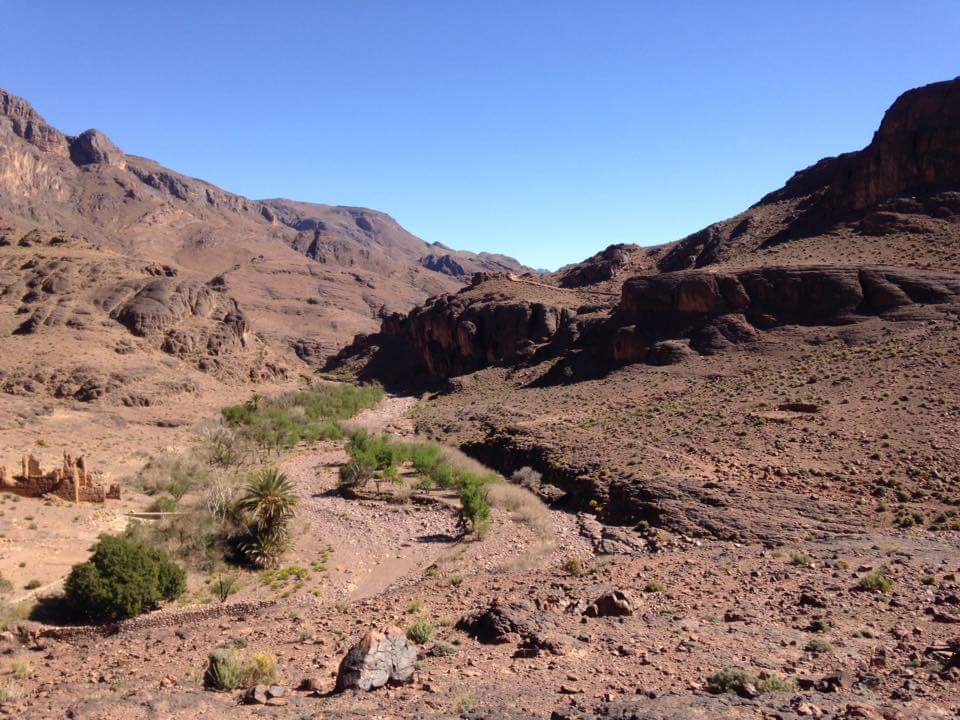 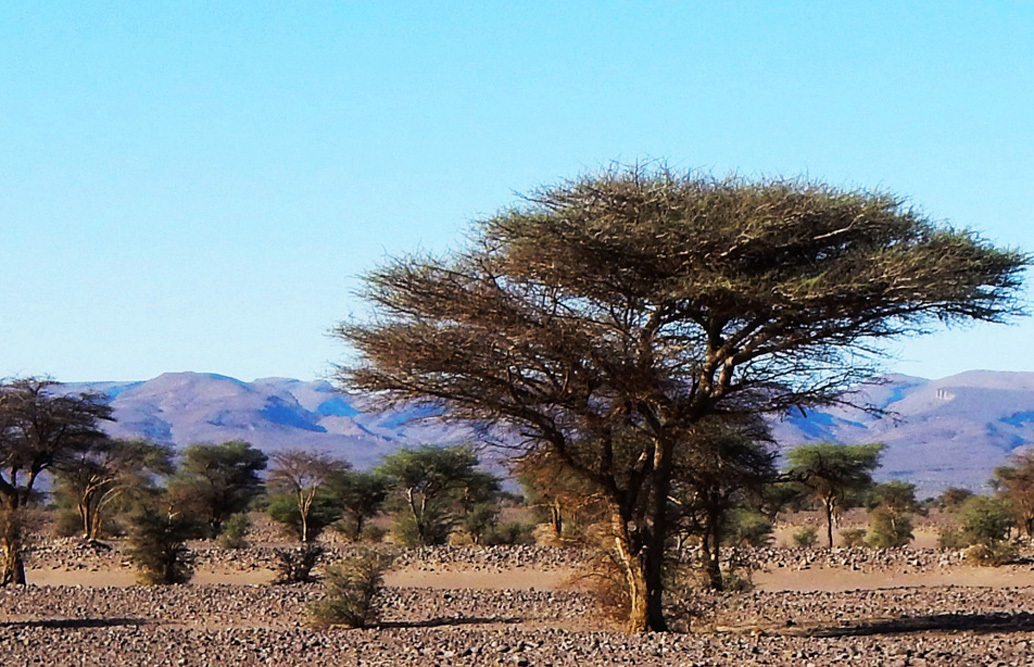 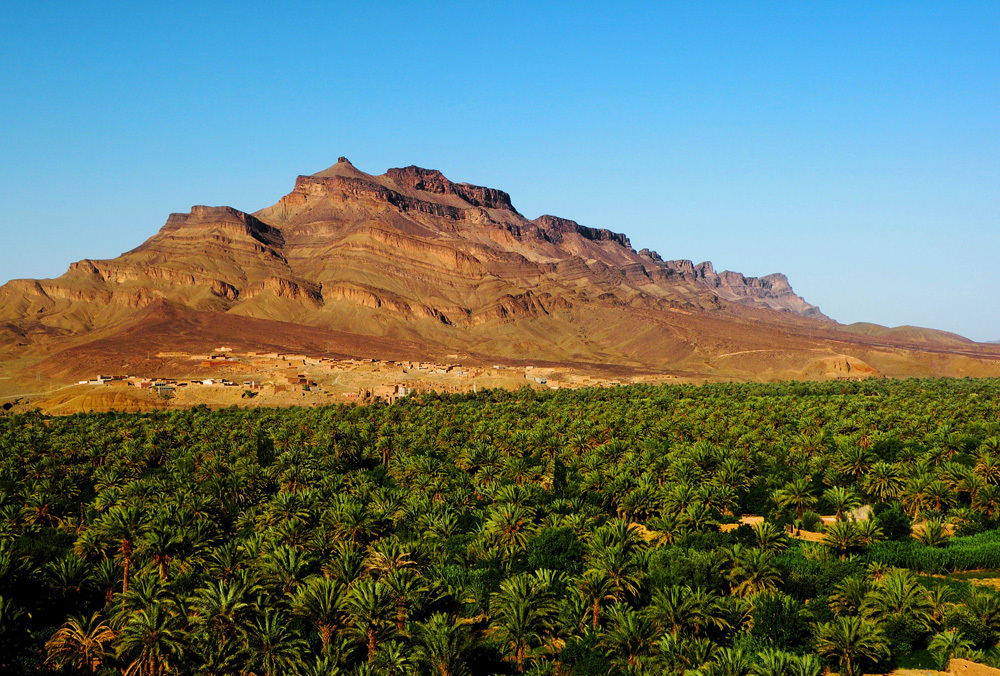 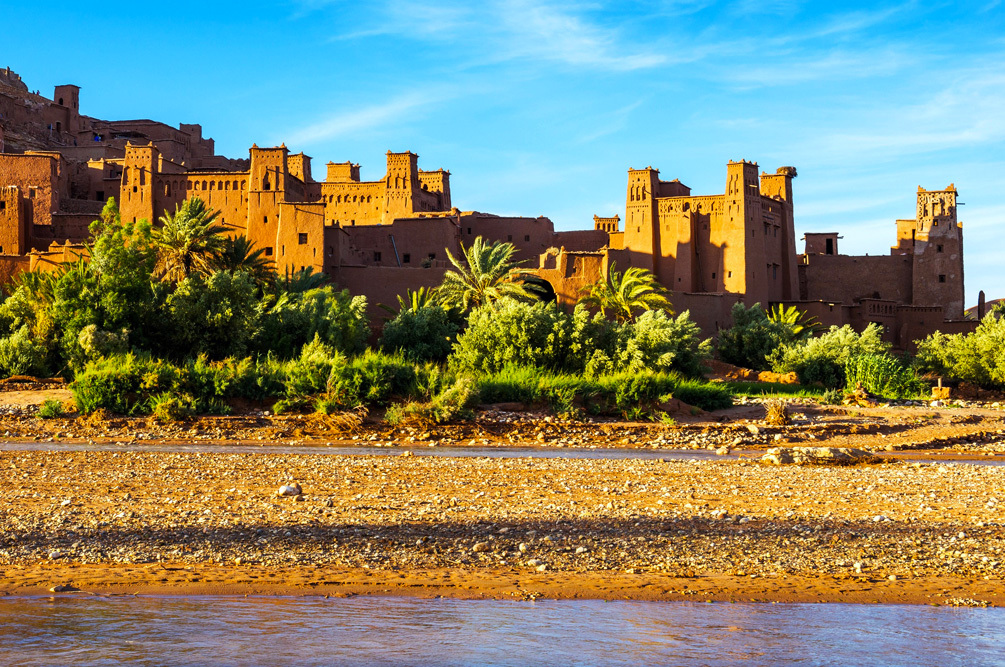 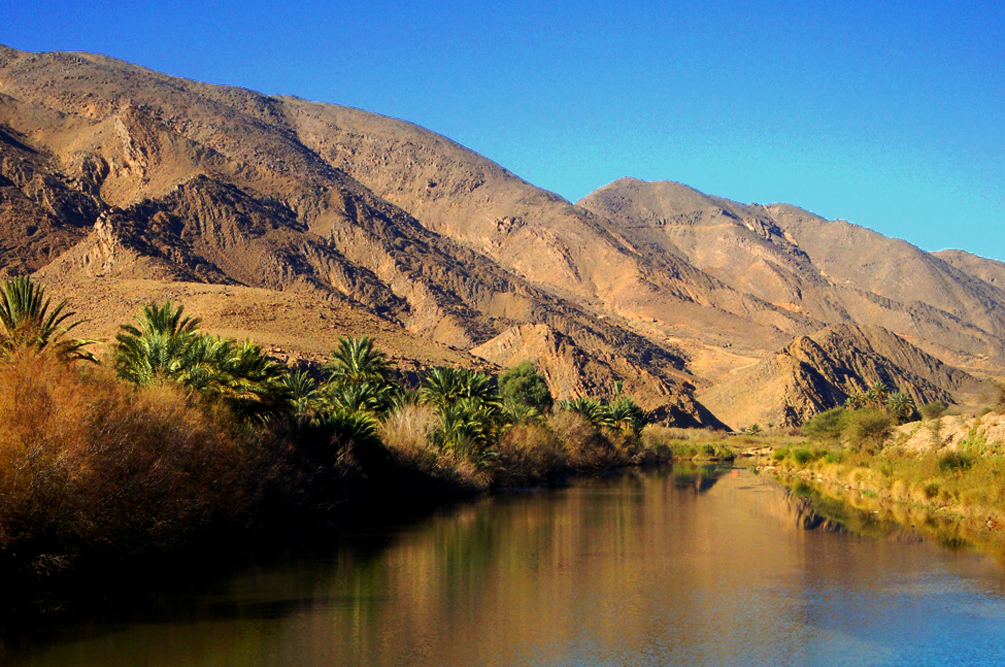 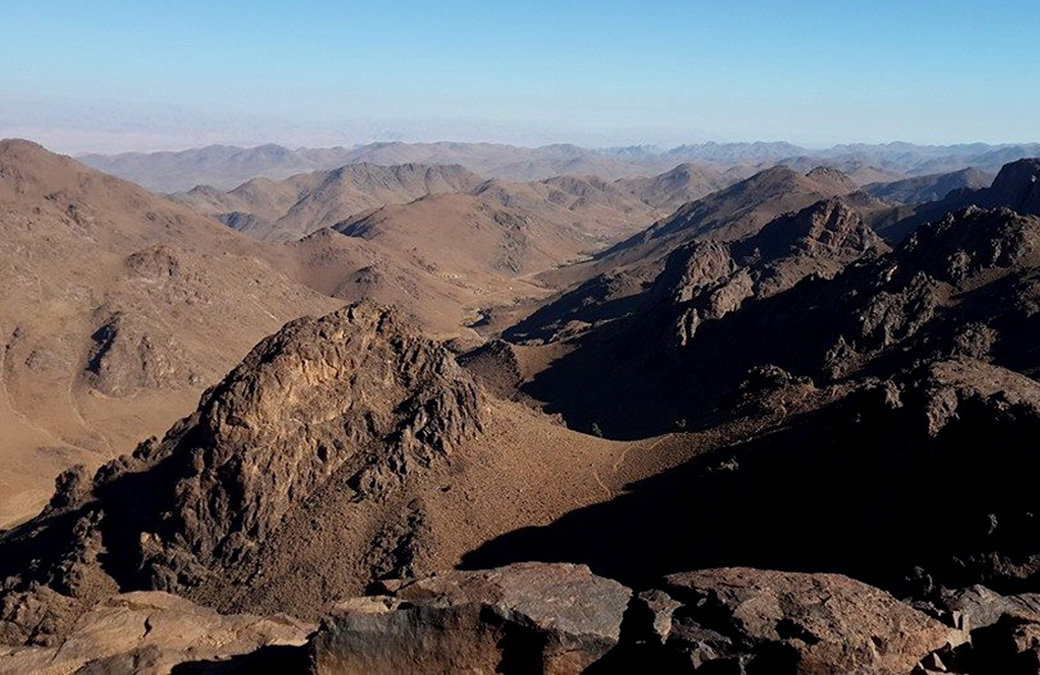 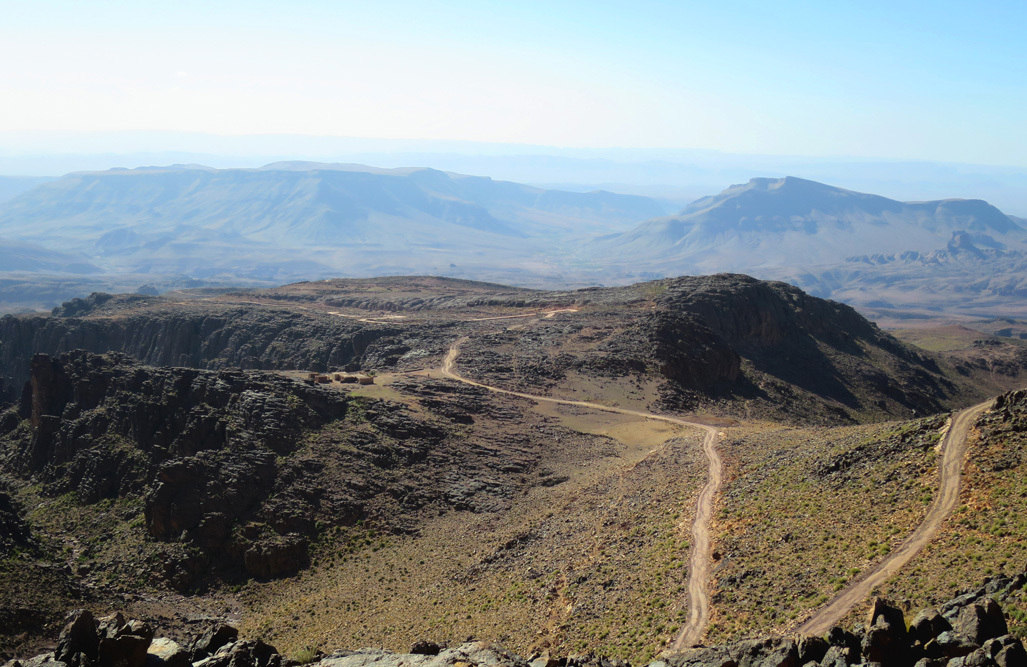 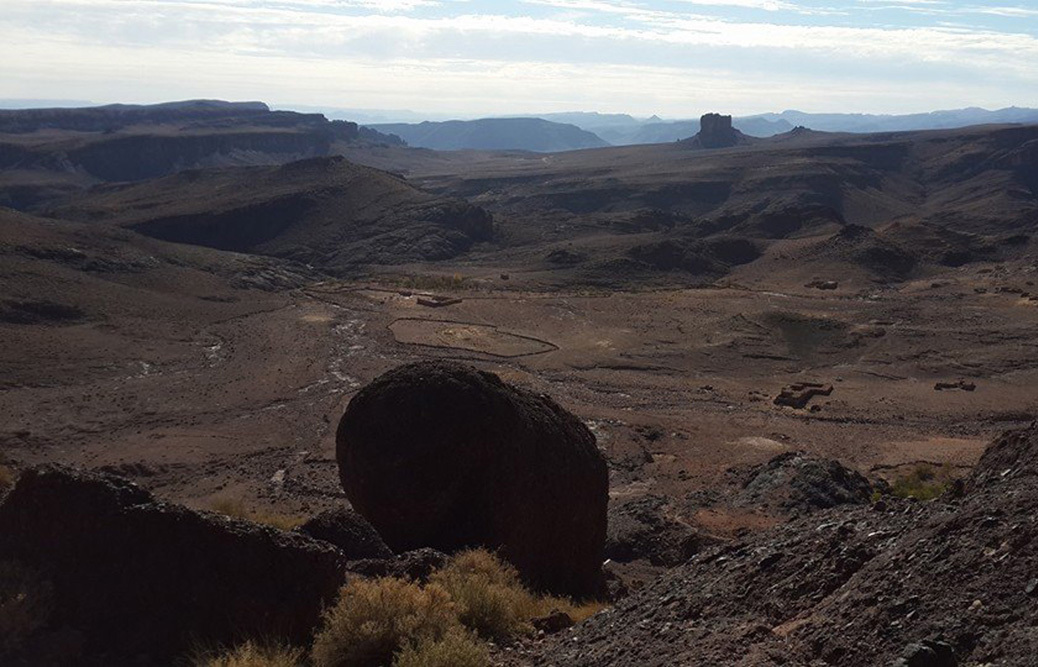 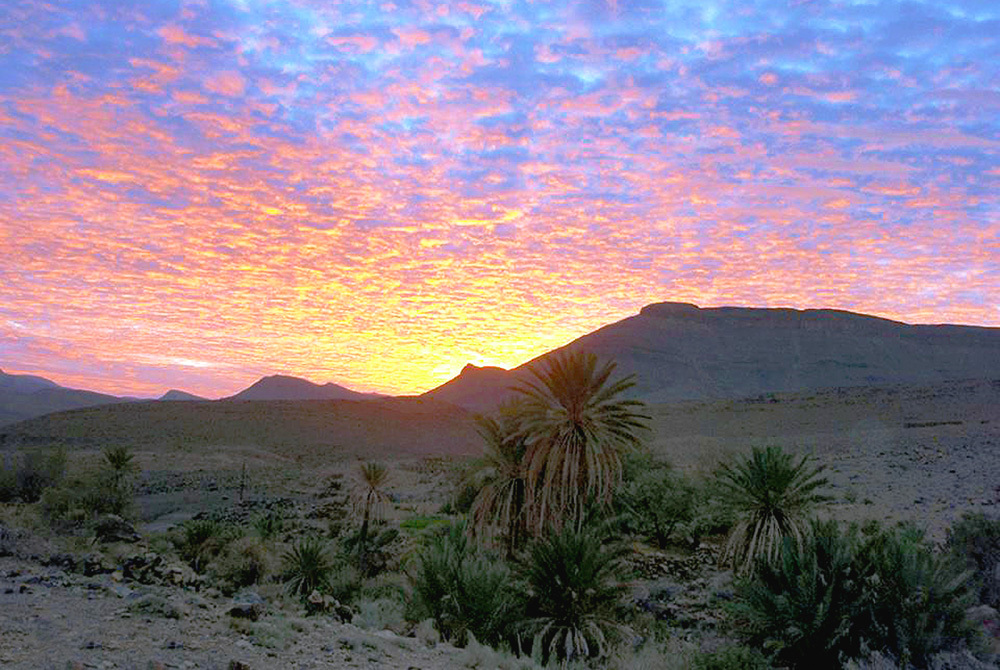 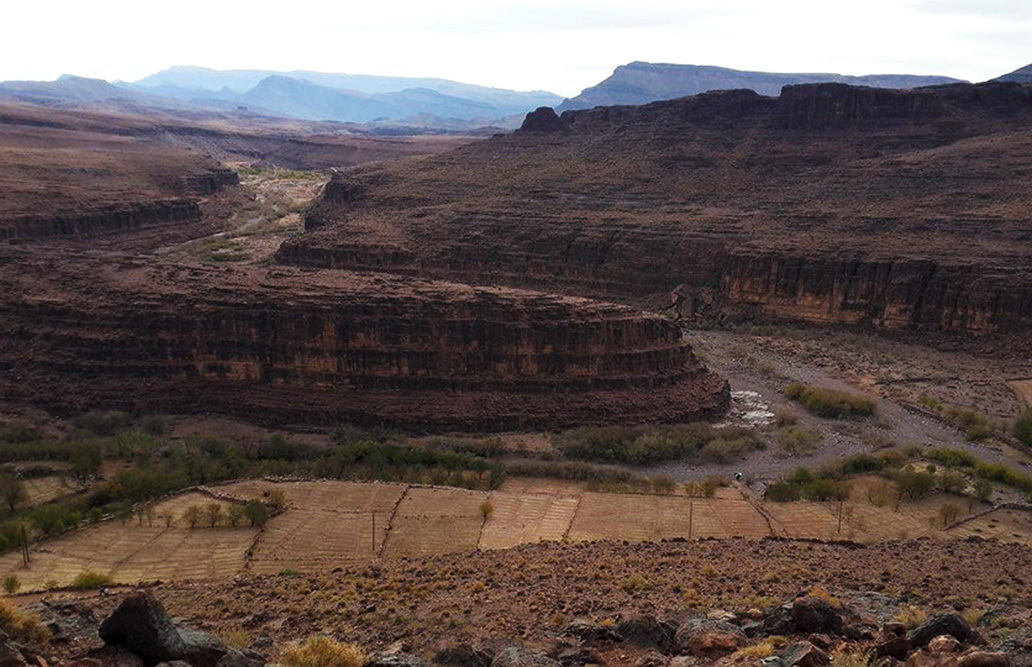 Soft hiking trail with moderate differences in altitude, in a lunar landscape of canyons, sharp granite rocks and large plateaus of dark earth, inhabited by the berber nomadic tribe of Ait Atta. The tour includes three nights in hotel/ryad and 6 nights in bivouac, in the middle of a beautiful, wild and rough nature. Average walking time of about 6 hours per day. A basic level of fitness is recommended in order to enjoy medium-long distance walks on rocky ground.

Transport from / to departure and arrival points of the trekking in a 4x4 or minibus depending on the number of people.

Transfers by 4x4 or minibus from/to the arrival/departure point - 1 professional nature guide throughout the duration of the trip – 6 nights in bivouac, with accommodation on full board basis - 3 nights in hotel / Riad/ guest house, with accommodation on full board basis - 3 liters of water per day and per person during the trek - Cook and equipment for the bivouac: restaurant and kitchen tent, igloo tents and mattresses - Muleteers and mules for carrying luggages, equipment and supplies - Hammam and massages at the end of the trekking - 24h24 assistance

Airplane tickets - Drinks - Tips for staff – Optional activities – Travel health and cancellation insurance (upon request, Direction Sud will help you identify the most suitable for your needs). Direction Sud guarantees no hidden costs or other extra fees.

Ait Ben Haddou - ililidin - Almou Nouarg - Igli - Bab 'n Ali - Berkik - Ifren n' Ait Ouzzine - Tidkit – Ouarzazate
With its 2712 m high, the massif of Saghro is located about 100 km south of the Central High Atlas, on the eastern side of the Anti Atlas, thus creating the magnificent natural corridor of the valleys of the Roses and the Dadés. The whole Saghro area is the most arid around the Atlas massif, as proved by its name, which in the local Berber dialect means “drought”. This picturesque landscape of canyons and volcanic earth of dark and mysterious beauty is crossed every year by the Ait Atta nomadic tribe, who has been moving for centuries in an eternal cycle of transhumance between here and the Atlas mountains in search of pastures. Starting from Marrakesh, we’ll cross the High Atlas at the Tizi n’ Tichka pass (2,200 meters) to reach the ksar of Ait Ben Haddou, monumental stronghold on earth and straw named UNESCO World Heritage site since 1987. During this first day of journey (in 4x4 or minibus depending on the number of people) we’ll immerse ourselves in the atmosphere and the landscapes of the South of Morocco, with a visit to the villages of Ounila Valley, hidden among steep canyons along the ancient caravan trade route leading from Marrakech to Ouarzazate and further down into the hearth of the desert. On the next day, travelling along the oasis of Skoura and the Valley of the Roses and Dadés, we’ll reach the village of Tagoudilt (1660 m), from where we’ll start our hike towards Ililidn (1800 m) where we’ll camp for the night. Climbing further up, at 2200 mt we’ll cross the shepherd village of Almou Nourg, in a green area dotted with oleanders. The trek will therefore continue to reach the Kouaouch, one of the highest peaks of the Saghro (at 2592 m of altitude). After a break on the top, we’ll descend towards the villages of Igli (1850m) and Bab N'Ali (1400m), to admire picturesque rocky peaks cutting the horizon on a beautiful desert landscape. The trek will continue through canyons and arid plateaus reminding of the American west, towards the villages of Berkik and Ifren N'Ait Ouzzine (1600 m) and through the Tamgout pass (1700 m), to reach the village of Tidkit (1600 mt), where in winter time nomadic tribes come to take refuge from the cold of the Atlas. Our 4X4 or minibus will take us back to the village of Ait Youl, to return to Ouarzazate, for a relaxing evening of hammam and massages in the lush oasis of Fint